A religious man, Abu Soumhi, who would only give a nickname for rear of reprisals against him, reads a Fatwah handed down by Ayottallah Sistani in the house of Sheik Abdul Mahdei Abdul Ameereir Al Salemey the first representative for Ayottallah Sistani in Karbala, Iraq, Monday, July 21, 2003. The fatwah basically states that Iraq must be governed by Iraqis chosen only by Iraqi people and ruled by a constitution written by that government and accepted by the people...Soumhi is one of several men whose job it is to administer, organize, secure, lead tours, make announcements, keep lost and found items safe, etc. at the Imam Hussein and Imam Aba Al Fa Thill Abbas Holy Shrines in Karbala who have not been paid for 3 months since the fall of Saddam Hussein...A shiite, he was in prison for 13 years for practicing his faith. "In prison, one day, they gave us tea," he said. "A soldier took a man and put him in the pot where the leaves from the tea were. He hit him and hit him until he died." 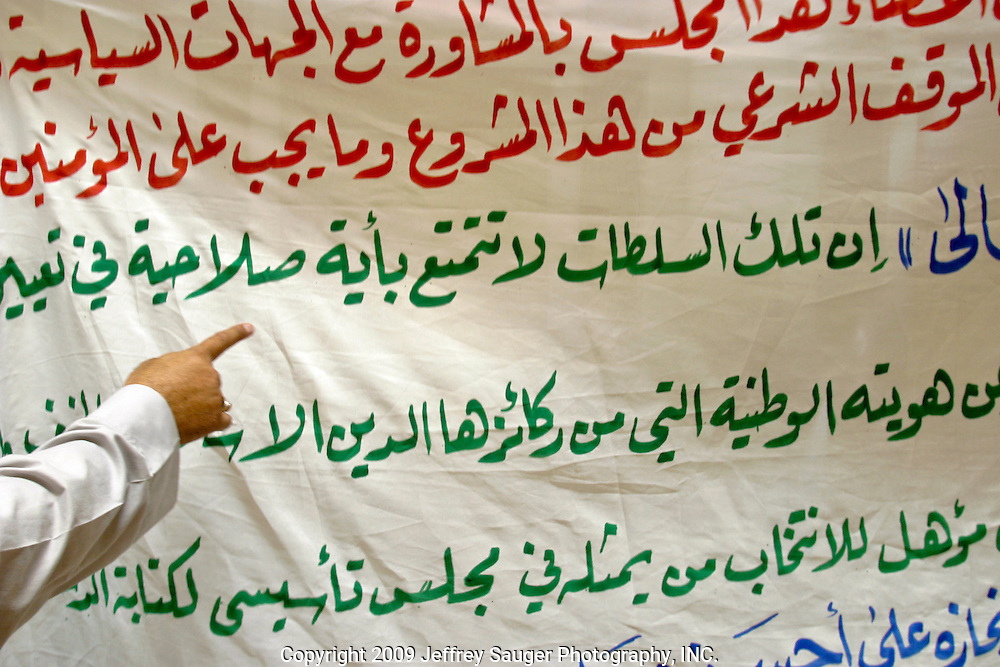