Malik Al-kasid, right, looks over the bedroom in the house he fled with his family during the 1991 uprising in the modernized center of the village Suq ash Shuyukh on the outskirts of Nasiriyah, Iraq, Sunday, August 3, 2003. After he and his family of 7 fled, his brother-in-law took over the house and lives there currently. His son Hussein, 15, is at left. Woman is unidentified relative. This was the first time his family has been to the house since 1991...Since the 1991 uprising against Saddam Hussein in Shiite dominated Southern Iraq, people of this area have suffered greatly through his methods of disrupting daily life. For example, modernization came to a hault as money was diverted to Baath Party strongholds. Check points on on every other corner made it nearly impossible to go to work, the doctor, or visit family. Teachers made $5 U.S. per month and had to spend almost all of their salary for taxis in order to go to work...He tried to kill the people by cutting off the rivers that village survival depends on. Dams and canals dirverted the fresh water from flowing into the swamps by way of tributaries. In effect, without fresh water flowing in, the people started poisoning the water supply themselves by using it to wash and clean. Their primitive sewers still flow freely into the same waters that animals use and that feed their rice fields. 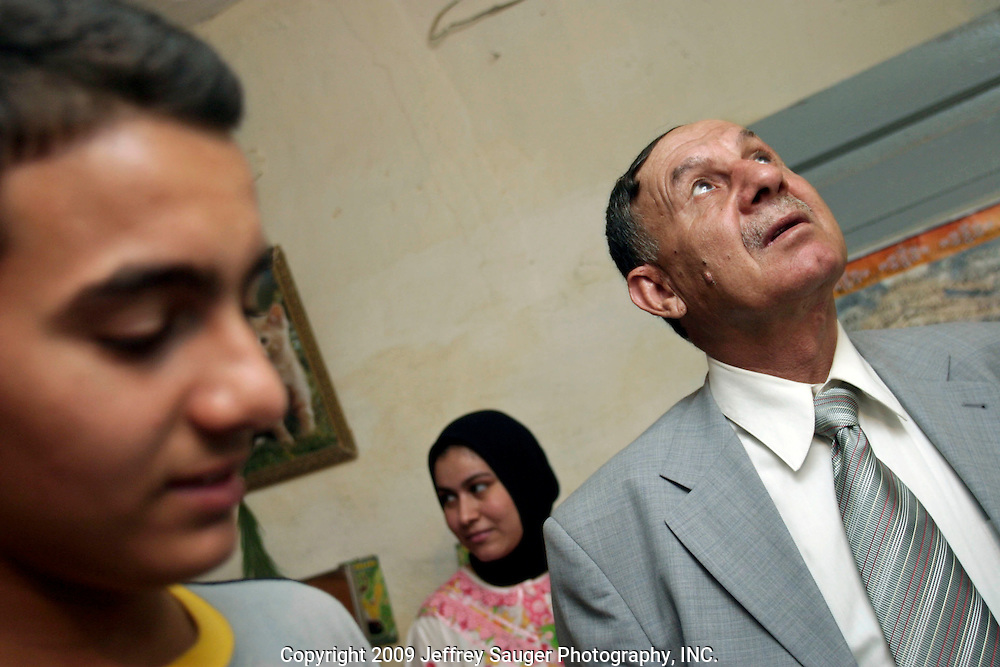