Aoum Hussein tries to explain what happened to her brother Aowth Abde Nassr in their home in the modernized center of the village Suq ash Shuyukh on the outskirts of Nasiriyah, Iraq, Sunday, August 3, 2003. ..Nassr was forced into the Iraqi armed services and went AWOL as many did during the 1980's and 90's. When he was caught, he was beaten so badly that he is now brain damaged, cannot speak, and suffers severe convulsions. His sister says he went mad after they beat him...Emad Al-Kasid was visiting the neighborhood he grew up in for the first time since his family fled in 1991. He met the woman while visiting his elementary school. (As we left, he handed her a stack of Iraqi Dinar hidden in a piece of paper. He said he had no idea how much he gave her. I think it had to be between 10,000 to 15,000 by counting out a comparable sized stack.)..He took an indefinate amount of time from his satellite and Arab media company in Dearborn, MI, to come home with his family. On his own, and with his own money he's been meeting with Iraqi businessmen, religious leaders and politicians trying to find ways to bring business and democracy to Iraq. .."Can you imagine being away from you home and family for 13 years?" he asks. "I'm torn, do come here to stay and leave all I've built in the U.S.?"..He is hoping to teach members of his tribe, Al Hacham Al-kasid, and village that there is help available; they just have to ask for it. Another goal of this trip is to see for himself whether Iraq is safe enough for exiles to return and for foreign investment to come in...Since the 1991 uprising against Saddam Hussein in Shiite dominated Southern Iraq, people of this area have suffered greatly through his methods of disrupting daily life. For example, modernization came to a hault as money was diverted to Baath Party strongholds. Check points on on every other corner made it nearly impossible to go to work, the doctor, or visit family. Teachers made $5 U.S. per month and had to spend alm 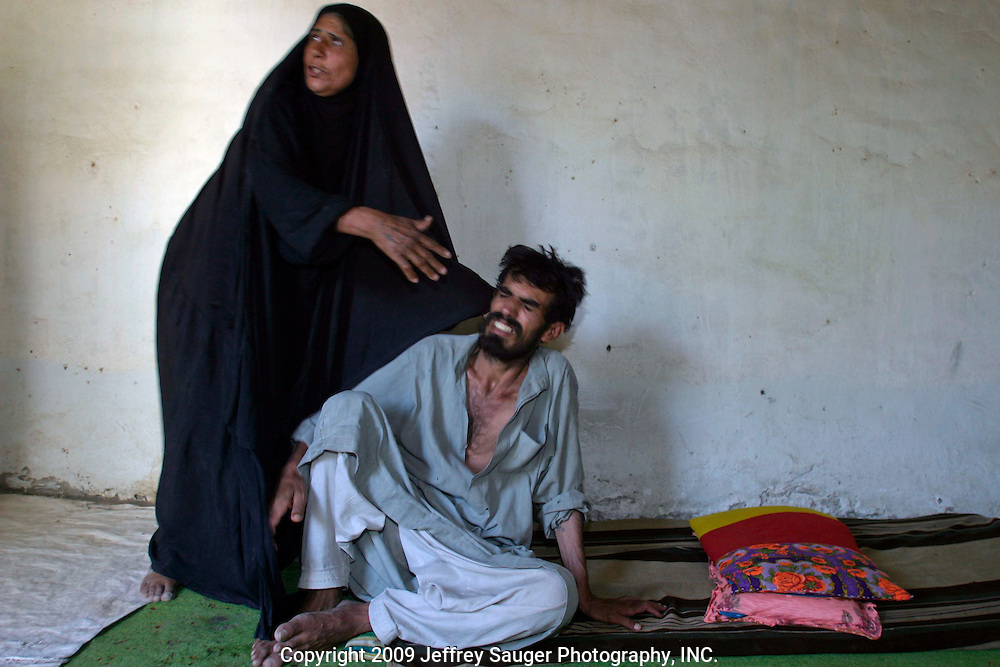