Sheik Hassen Al Ssfar, a Shiite religious leader in Saudi Arabia, is greeted as Shiite religious leaders gather before prayer at the Howza of Ayotollah Shirazi the Iraqi area of Damascus, Syria, Wednesday, July 16, 2003. Only recently, since the war to topple Saddam Hussein's Baath Party and the subsequent new found freedoms for Iraqi Shiite, Shiite leaders in Saudi Arabia have been allowed more freedom to speak out against repression. A Howza is like a college where men come to study. In this Shiite Howza, the philosophy of Ayotollah Shirazi is taught. As with all Shiite, advocacy of non-violence is the pre-eminent rule. Hundreds of thousands of Iraqi Shiite settled in Syria after the Gulf War and their uprising against Saddam Hussein in 1991.(Jeffrey Sauger/Reflex News) 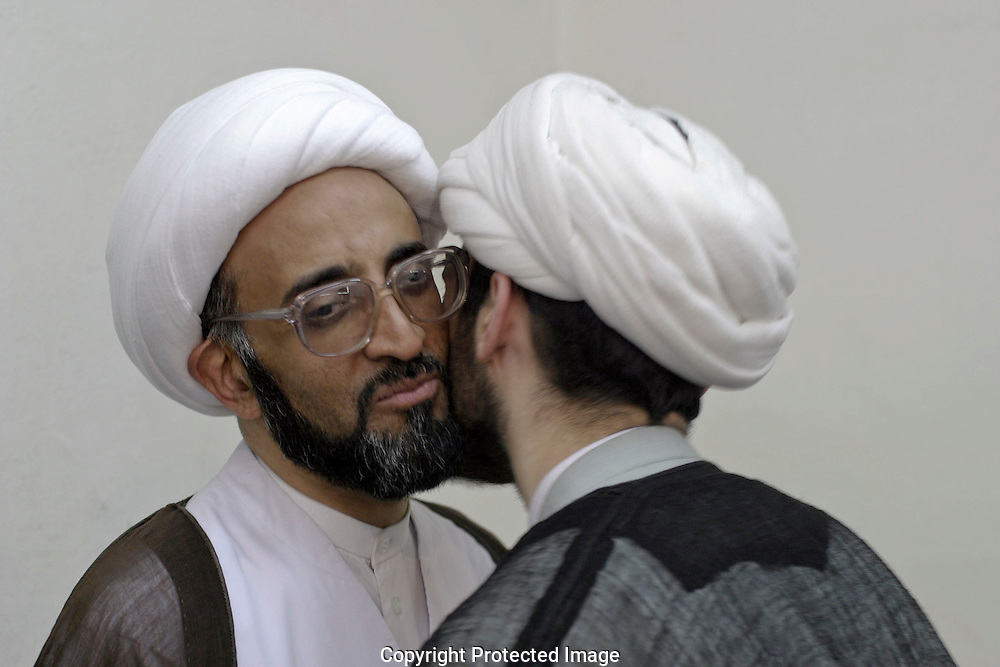