Protestors fill the rotunda inside the Michigan State Capital during a protest against Emergency Financial Manager legislation at the Michigan State Capital in Lansing, MI, Tuesday, March 8, 2011. According to the law, which has already been approved in the House, the governor will be able to declare "financial emergency" in towns or school districts and appoint someone to fire local elected officials, break contracts, seize and sell assets, and eliminate services. Under the law whole cities or school districts could be eliminated without any public participation or oversight. (Jeffrey Sauger) 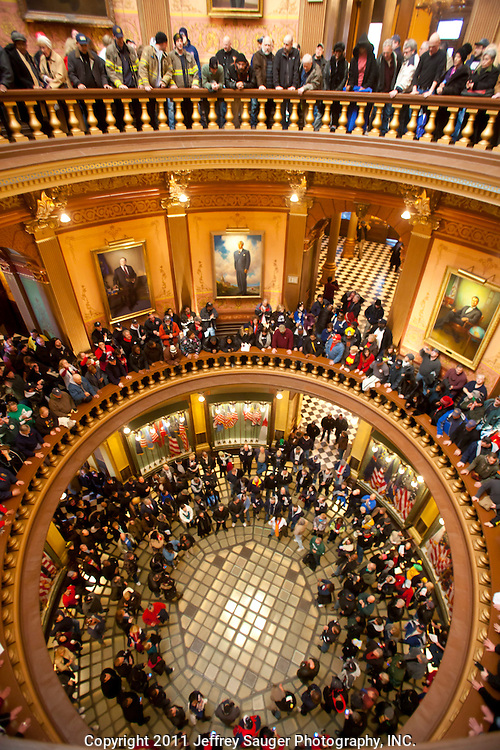